In Harold’s Honor, Call for Abolition 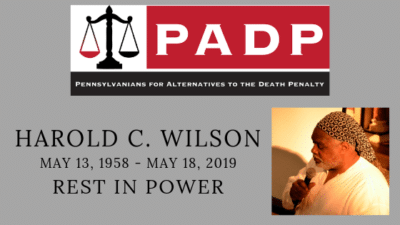 In his honor, ask your elected representatives to end the death penalty.

Harold Wilson, 122nd person to be exonerated from death row in the United States, died on May 18, 2019. He was wrongfully convicted and sentenced to death in Philadelphia in 1989, but in 2005 a jury acquitted him of all charges based on DNA evidence. Harold Wilson dedicated himself to ending the death penalty in Pennsylvania and throughout the country.

A 2018 bipartisan study of Pennsylvania’s use of the death penalty showed flaws and deficiencies in every part of the system they studied. More than 100 individuals have been removed from death row due to poor defense counsel or varied forms of prosecutorial misconduct. Some have died of natural causes. Six have been exonerated. The 158 who remain on death row in Pennsylvania are unlikely to ever see execution; the state has executed only three people since 1976, and no one since 1999.

This month, for the first time ever, bipartisan sponsors representing both chambers of our legislature are introducing bills that would repeal Pennsylvania’s death penalty. Two legislators from Harold Wilson’s home district of Philadelphia, Rep. Chris Rabb (D-Philadelphia) and Sen. Shariff Street (D-Philadelphia), are leading the way to bring the justice that for 16 years eluded Harold Wilson. Rep. Frank X. Ryan (R-Lebanon) and Sen. Katie Muth (D-Berks, Chester, Montgomery) are primary co-sponsors of the legislation.

What happened to Harold Wilson is tragic. We, the people of the Commonwealth in whose name he was wrongly convicted, owe it to him to make sure it can never happen to anyone else. In tribute to this brave man who was a victim of our failed system, please ask your Senator and Representative to cosponsor legislation and urge Attorney General Josh Shapiro to end capital punishment in Pennsylvania. 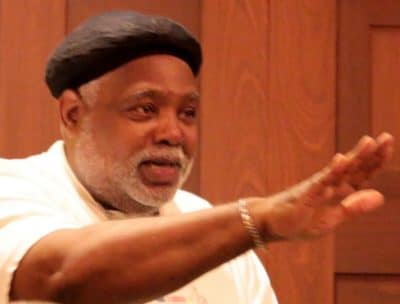