Warning: If you want to cling to your ignorance, don’t read this.

Next time you defend the death penalty by saying that it’s the appropriate punishment for a person who confesses or when the crime is unspeakable, you might want to remember this.

Two young children were raped and murdered in the basement of their home. The man convicted of the crime CONFESSED (at least according to police) to the crime AND failed a lie-detector test. The prosecution fought for years to keep the DNA from being tested — explain that one to me, will you? Then, it finally gets tested and there’s a match with another person who is now serving a prison sentence for… you guessed it… rape. What’s not clear to me from the story is whether or not the rape for which that other man was convicted happened before the 7 and 8 year old children were raped and murdered. I hesitate to research that part. And oh yeah, the only reason he wasn’t sentenced to death is because there was just one hold-out on the jury. Thank God for that. The price we, as a society, pay for keeping the death penalty includes a long line of cold cases and rape kits that aren’t tested because the government doesn’t have the resources to handle them. Let’s reexamine our priorities, shall we?

The wording of House Resolution 143 calls Governor Wolf’s moratorium on the death penalty unconstitutional. The action taken by the governor was a moratorium on executions until a study is complete. Wolf has not disregarded the constitution; rather, the governor has taken a conservative action as to avoid error.

I’m unafraid to point out the hypocrisy of opposing an essentially conservative action by the governor which respects life and seeks to examine the effectiveness of the system that metes out death — as was called for in Furman v. Georgia and reaffirmed (though grudgingly) in Gregg v. Georgia.
Gregg put in place procedural restrictions and the study will examine if the death penalty in Pennsylvania in fact is meeting the standards set by the Supreme Court in 1976 for its use. This was after executions were found to constitute cruel and unusual punishment, only four years earlier.  Case discussion of Gregg v. Georgia states, “The concerns expressed in Furman that the death penalty not be imposed arbitrarily or capriciously can be met by a carefully drafted statute that ensures that the sentencing authority is given adequate information and guidance, concerns best met by a system that provides for a bifurcated proceeding at which the sentencing authority is apprised of the information relevant to the imposition of sentence and provided with standards to guide its use of that information. Pp. 188-195.” (https://www.law.cornell.edu/supremecourt/text/428/153)

It is not unreasonable, in light of recent multiple exonerations and evidence of arbitrary or biased sentencing that the governor should ask for a review of how the death penalty is being used and to hold off killing anyone meanwhile. This is not rash nor does it disregard the commonwealth’s constitution. Wolf has the high ground here. 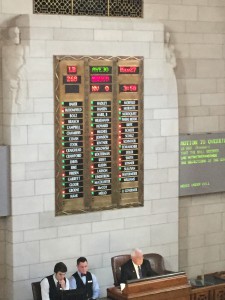 And for more proof of how the system is too error-prone to allow government killing, there’s this:  three men convicted of murder in Ohio were released thanks to the tireless work of the Ohio Innocence Project

I’m faced with an etiquette dilemma and I could sure use your help. How, precisely, does one make up for sentencing an innocent person to death? Does the proper response change based on the number of years that have passed since the wrongful conviction happened or does it depend just on the number of years spent on death row waiting to be executed? Since in this latest case, the state is Arizona, do you think I should go with a southwest theme?

And about the detective who lied and said she confessed, does he have to send a separate note or can he sign one along with the prosecutors who withheld evidence? Does Hallmark make a “So Sorry We Lied About Your Confession, From All of Us” card? Should they hold a birthday party for each year she couldn’t have one because she was in prison? Do we reenact all of the milestones she missed in her friends’, family’s and loved ones’ lives or just the ones where she would have been the guest of honor?

And what’s an appropriate consolation gift for 23 years on death row? I googled “traditional anniversary gifts” and found out that one should give something silver-plated. Do death row anniversaries use the same theme? I don’t want to spend too much, but I don’t want to seem cheap, either. Should I wrap it in the newspaper page that covered the story, or is that too much?

In case this figures into the equation, Debra Milke is the 151st death row exoneree. The court dismissed the charges and used the word “egregious” in describing the police and prosecutorial misconduct. This request is time-sensitive (she was just exonerated today), so I’d appreciate a speedy reply. Or at the least one sooner than the 23 years she spent waiting for justice.

DA Stedman disregarded my opposition to the death penalty 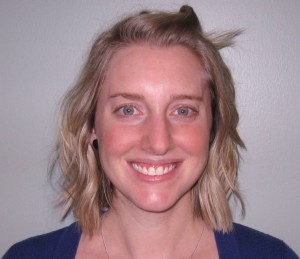 I was shocked and saddened when I opened the newspaper several weeks ago and read an op-ed from Lancaster County District Attorney Craig Stedman (“Governor’s moratorium violates his oath of office,” Perspective, Feb. 22) in which he claims, “I have never pursued a death verdict when a family is opposed and/or simply wants to avoid the appeals.” His words did not ring true for me.

My father and stepmother were brutally tortured and murdered in 2001, and over my sister’s and my  strong objection, Stedman sought the death penalty for one of the three people who killed them.

What could have been a conversation that made us feel included and respected ended with us feeling that our sentiments were deemed irrelevant and unreasonable. In contrast to what he said in his op-ed, Stedman was quite clear with us that despite our wishes, he would pursue the most aggressive punishment possible.

Although my sister and I were my father’s immediate family members, there were other relatives who supported the death penalty and their views took priority.

During the trial, we met the family of one of the young men who was on trial. His family grieved with us and was desperately sorrowful about the acts that had occurred.

Regardless of our clear opposition to the death penalty, it was continually said throughout the trial that justice was being sought for my family and me. When the death sentence was announced, I heard a cry rise up from the family of the young man who was condemned to death. It was a cry that I will never forget. It was a cry I felt in my bones, and one that I understood deeply.

It was the same wail that I had cried upon learning of my own family members’ deaths. It is haunting that another death could take place in the name of bringing me “justice.” It is a burden I carry, and it is not something I need or have ever supported.

In my family’s case, two young men and one woman were convicted of murder; one of the men, Landon May, is on death row. The other two are in prison serving life without the possibility of parole. I do not feel that  justice was served in one case over the others.

To me, justice means keeping violent criminals in prison, restrengthening our communities after trauma, and investing in programs and services that prevent future acts of violence.It also means providing victims’ families with help when it comes to understanding what to expect regarding grief, the funerals, the trials, and the future.

Though some murder victims’ families may not share my perspective on the death penalty, we do share many common goals. We all oppose innocent people being tried and executed for crimes they didn’t commit. We all want a justice system that is financially prudent, fair and effective.

The death penalty is exponentially more expensive than imprisonment for life, and it has been proven that the current system does not deter any more murders than locking up prisoners for life. Also, our current system has a track record of making mistakes — six men have been wrongfully convicted and sentenced to death in Pennsylvania since the 1980s. Our current system has an ugly history of being unfair, especially to the poor and minorities.

As for victims’ families, because we all feel differently, it seems appropriate to neutralize emotions from the debate and prudent to call a moratorium while exploring all aspects of capital punishment.

Linell Patterson became active in anti-death penalty work in 2002, shortly after her father, Terry Smith, and stepmother, Lucy Smith, were murdered in their Ephrata home in 2001. She currently lives in Virginia.