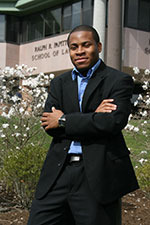 Akin Adepoju serves as both a trial and capital habeas attorney at the Office of the Federal Defender for the Western District Pennsylvania. Before joining the Federal Defenders, Akin was a trial lawyer at the Fair Trial Initiative in North Carolina, where he worked almost exclusively on capital trial cases and represented many indigent defendants from arraignment through verdict. Akin’s practice now focuses on complex criminal matters, including representing those sentenced to death in Pennsylvania. Thus, he has worked on capital cases in both state and federal courts. Akin is a cum laude graduate of Rhode Island’s Roger Williams University School of Law and the University of Maryland, College Park, where he studied both Business and Criminal Justice. He also currently serves on the ACLU Legal Committee.

Kenneth L. Fox is an attorney whose practice focuses on class action and commercial litigation. Mr. Fox is admitted to practice in Pennsylvania, New Jersey, New York, and the District of Columbia, as well numerous federal courts. 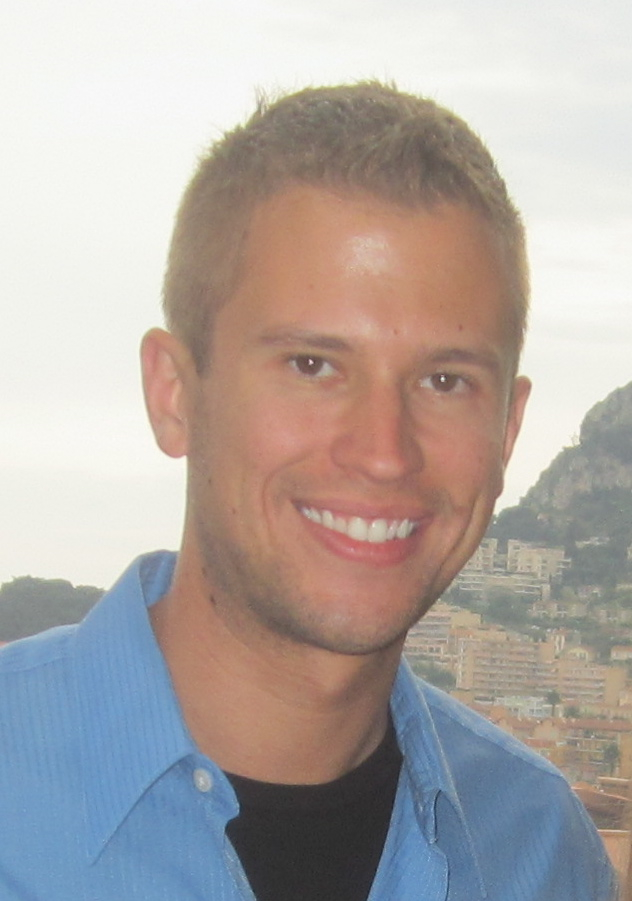 Kevin is the Director of Pennsylvania for Themis Bar Review, a company dedicated to assisting students who are preparing for the Bar Examination.  He is licensed to practice law in the Commonwealth of Pennsylvania.  During his legal education, Kevin pursued a mix of opportunities in both domestic and international arenas.  He clerked for the Federal Defender in the Western District of Pennsylvania’s Capital Habeas Unit, worked within the Ministry of European Integration for the Republic of Kosovo, was awarded with the University of Pittsburgh School of Law Community Service Award, and was the Delegate from Pitt Law at the 2013 Education Without Boarders Conference in Dubai.

While attaining his law degree, Kevin also achieved a Masters in Public Policy and Management from Carnegie Mellon University’s Heinz College of Public Policy.  His Masters Degree Capstone Project was conducted in conjunction with the Pennsylvania Commission on Sentencing.  It focused on finding alternatives to the current sentencing matrix used in Pennsylvania, hoping to reduce recidivism while simultaneously reducing incarceration rates by conducting analytic risk assessments to predict potential recidivism.  Kevin has stayed engaged with the Heinz College, serving as adjunct assistant for several public policy courses including: American Politics and Policy, International Politics and Policy, and Poverty Policy. 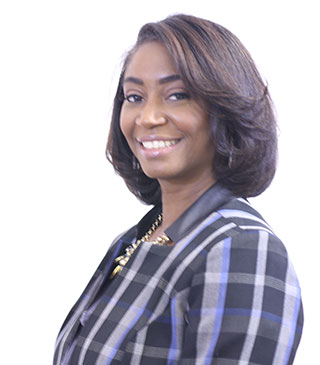 Sandra Thompson, J.D. has worked as a deputy district attorney, deputy public defender, and a probation officer in York County. She has practiced criminal defense for the past 11 years. She is President of the York NAACP. 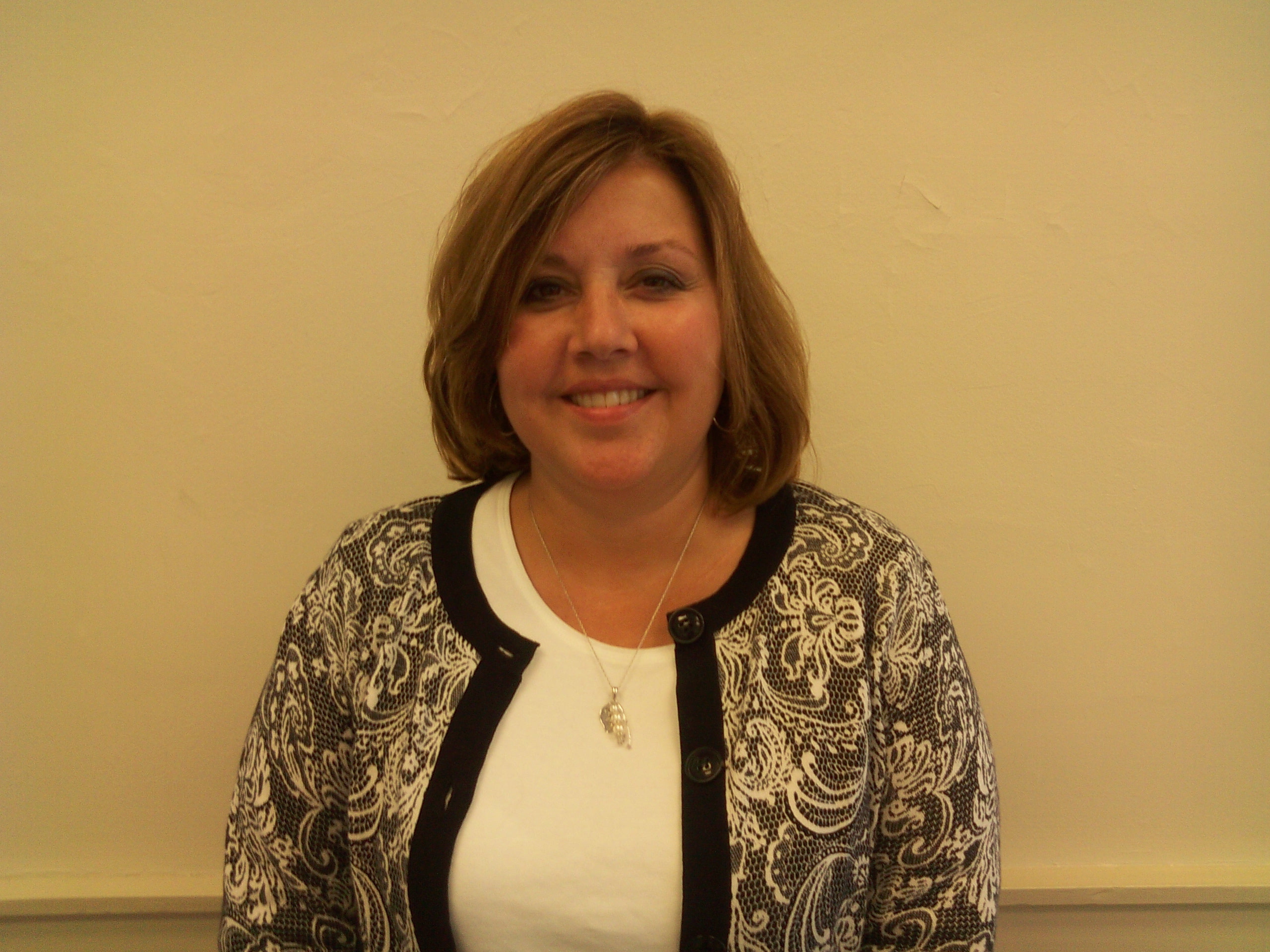 Deborah Doyle Belknap is an Assistant Professor of criminal justice and psychology at Keystone College in Northeastern Pennsylvania. She holds a law degree and practiced criminal and civil law before returning to graduate school for a doctorate in psychology. As a graduate student, she was involved as a researcher in the Capital Jury Project, and she is currently engaged in research on capital punishment and the mentally ill. 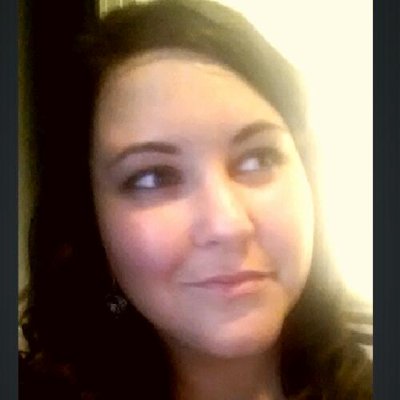 Tessa is a market research and project manager with over ten years of experience in digital media and advertising. She portrays the passion and guts to get the job done with imagination and humor. She is excited to be a part of PADP with strong leaders looking to make a difference. 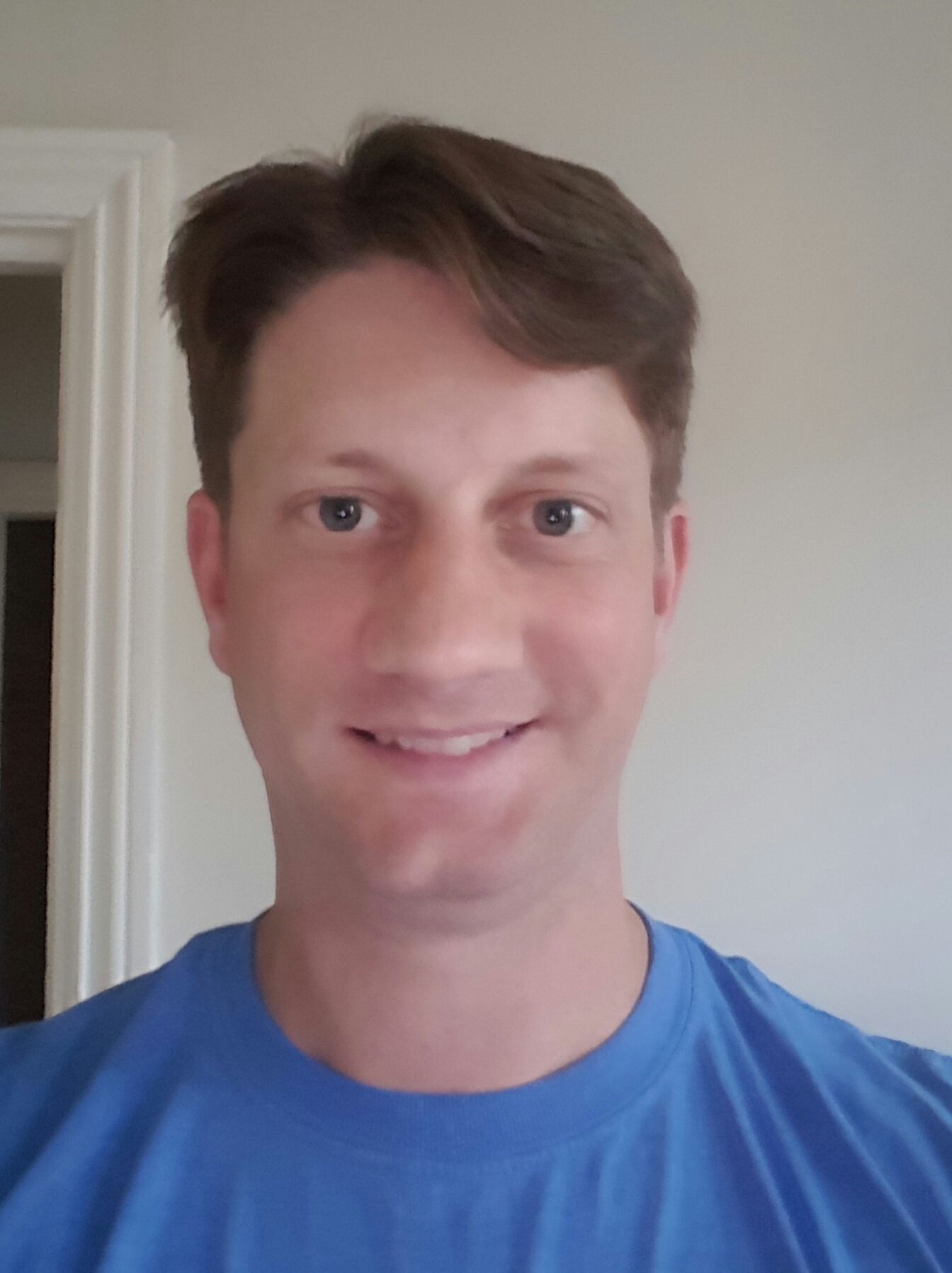 Stephen is the Policy Director for the Pennsylvania Senate Democrats, a position that he has held since December 2014. In that role he helps guide the caucus’s legislative priorities and strategy and has first hand input on policy issues of all type. Before being in his current position, he was Chief of Staff to Senator Jim Ferlo for 14 years. Senator Ferlo was the prime sponsor of death penalty moratorium and study legislation, which Stephen helped to author and try to move through the legislative process. In addition to these position he was also Executive Director for the Senate Law & Justice, Finance, and Local Government Committees.

Stephen is a Pittsburgher, Duquesne University graduate in public policy, and a proud product of the City of Pittsburgh School District . 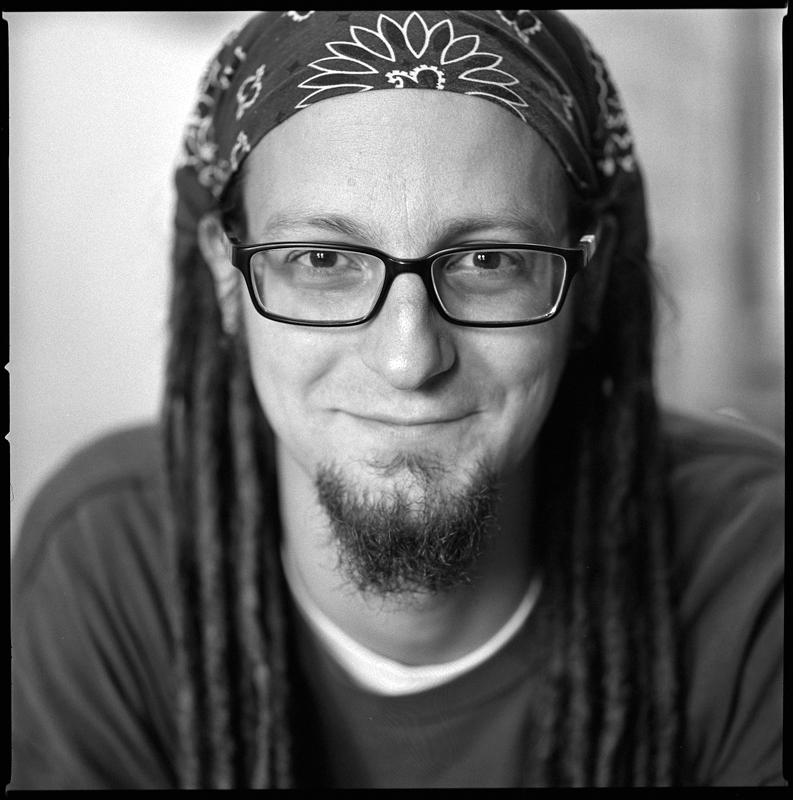 Shane is a founder and board member of The Simple Way, a faith community in inner city Philadelphia that has helped birth and connect radical faith communities around the world. He is married to Katie Jo, a North Carolina girl who also fell in love with the city (and with Shane). They were wed in St. Edwards church, the formerly abandoned cathedral into which homeless families relocated in 1995, launching the beginning of the Simple Way community and a new phase of faith-based justice making.

Shane writes and travels extensively speaking about peacemaking, social justice, and Jesus. Shane’s books include Jesus for President, Red Letter Revolution, Common Prayer, Follow Me to Freedom, Jesus, Bombs and Ice Cream, Becoming the Answer to Our Prayers – and his classic The Irresistible Revolution. He has been featured in a number of films including “Another World Is Possible” and “Ordinary Radicals.” His books are translated into more than a dozen languages. Shane speaks over 100 times a year, nationally and internationally. 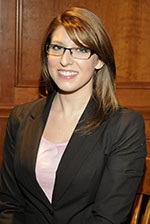 As Associate Counsel at the Allegheny County Office of Conflict Counsel, Lisa represents indigent defendants at trial and throughout the appellate processes. Lisa earned her law degree from Duquesne University School of Law in Pittsburgh, PA, where she was a member of the Appellate Moot Court Board and the Duquesne Law Review. She was also awarded the Kandy Reidbord Ehrenwerth Award for for “outstanding ethics, devotion to the law, concern for the unprivileged and general commitment to social issues affecting society.” While in law school, Lisa also received fellowships for her work with the Pennsylvania Innocence Project in Philadelphia, PA, and the Death Penalty Litigation Clinic, in Kansas City, MO. Committed to providing the best representation for indigent defendants, Lisa is a member of the Gideon’s Promise Core 101 Class of 2014, in which she receives training biannually from some of the best public defenders in the nation. In 2009, Lisa received her Ph.B. in History from the University of Pittsburgh where she focused her research on wartime suspensions of the right to trial. 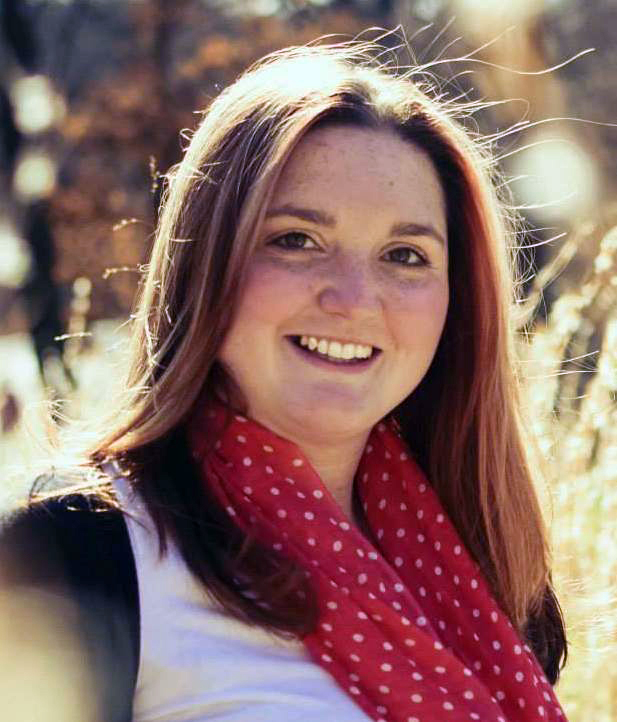 EmmaLeigh Kirchner, Ph.D. is an Assistant Professor of Criminology & Criminal Justice at Mercyhurst University in Erie, PA. She earned a BS and MS degree in Administration of Justice from the University of Louisville in Kentucky and her PhD in Criminology from Indiana University of Pennsylvania. EmmaLeigh has taught numerous classes on the criminal justice system, but enjoys focusing on research methods and the incarcerated. She prefers to introduce her students, the future leaders and reformers of the justice system to uncomfortable topics, such as alternatives to the death penalty to help them form more educated opinions. EmmaLeigh has a passion for conducting research and is happy to add her research methodology skills to the board to bring about change on the death penalty. 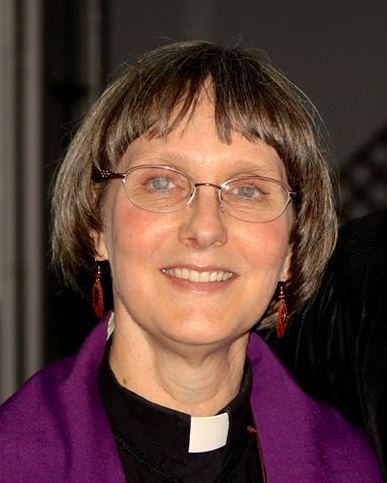 The Reverend Sandra L. Strauss (Sandy) joined the staff of the Pennsylvania Council of Churches in April 2004. As Director of Advocacy and Ecumenical Outreach for the Council, Sandy’s responsibilities are to inform, educate, and empower people of faith on significant public issues, facilitate the work of common ministry and ecumenical relationships, manage external communications, and organize and manage Council events.

Sandy received her Master of Divinity degree from Lancaster Theological Seminary and is ordained as a Minister of Word and Sacrament in the Presbyterian Church (USA). She also holds a Master of Arts in Public Policy Studies from Duke University, and a Bachelor of Arts in Journalism and Music from the Lindenwood Colleges (St. Charles, MO). She lives in Harrisburg with her husband, David Arnold, a handyman and clockmaker who does many things, but especially miraculous things with wood. Together they have reclaimed a city property on the block behind them for Dave’s clock and watch repair shop, a woodshop, a prolific garden, and a home for tens of thousands of bees. 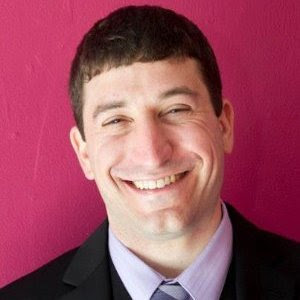 David is a capital habeas attorney at the Office of the Federal Public Defender in Wilmington, Delaware. Before working at the Federal Defenders, David was a trial lawyer at the Defender Association of Philadelphia for six years, where he represented indigent Philadelphians in felony jury and bench trials.
David received his B.A. from Syracuse University, summa cum laude, with honors in journalism and political science. After graduating from college, David became an eighth grade English teacher in Charlotte, North Carolina through the Teach for America program. David then received his J.D. from the University of North Carolina School of Law, with honors. 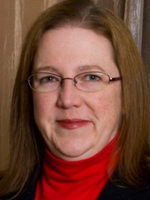 Kathleen has been active in human rights work for over 30 years with organizations including Amnesty International, NAACP and the Pennsylvania Prison Society. Her professional background is in organization development and training in both the corporate and nonprofit environment. She earned both her B.S. and M.A. from Fairleigh Dickinson University and later studied Cognitive Psychology at Rutgers University.