Access to Counsel: A Matter of Life or Death

Join Amnesty International for our annual celebration of World Day Against the Death Penalty. Every year, Amnesty International, and others around the globe, mark this day to raise awareness about the ultimate violation of human rights — the death penalty. We’ll hear from experts in the field about the ways in which inadequate defense counsel produces horrendous injustices. You will have an opportunity to submit questions for the panelists. This will be a virtual event so that you can join from wherever you are.

Featured Speakers:
Rodrick Reed: Mr. Reed is Rodney Reed’s younger brother. His family is from Bastrop, Texas. Rodrick and his parents, Sandra and Walter Reed, have been fighting to prove Rodney’s innocence and to free him from the very beginning when Rodney was wrongfully convicted of the murder and rape of Stacey Stites and sentenced to death in May 1998. His father, Walter Reed, lived to see Rodney receive his first stay of execution back in February 2015 and passed away the following month.

Rebecca Woodman, – Attorney of Wesley Purkey, Ms. Woodman has specialized in death penalty defense for over two decades, having represented persons facing the death penalty at trial, on appeal, in state post-conviction and federal habeas corpus. She has argued death penalty cases in both state and federal courts, including the Supreme Court of the United States. 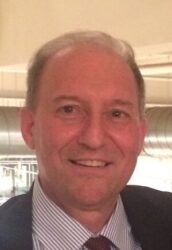 Marc Bookman is the Co-Founder and current Executive Director of the Atlantic Center for Capital Representation and an internationally recognized expert in the field of capital litigation. From 1993 to 2010, he served in the Homicide Unit of the Defender Association of Philadelphia. He has taught at countless death penalty conferences and hands-on trainings across the nation, including those sponsored by the Defender Association, the National Legal Aid Association, the National Association for Criminal Defense Lawyers, the NAACP Legal Defense Fund, the Bureau of Justice Assistance, the National Institute of Trial Advocacy, and the annual Bring Your Own Case (BYOC) trainings coordinated by ACCR.

Calendar powered by The Events Calendar